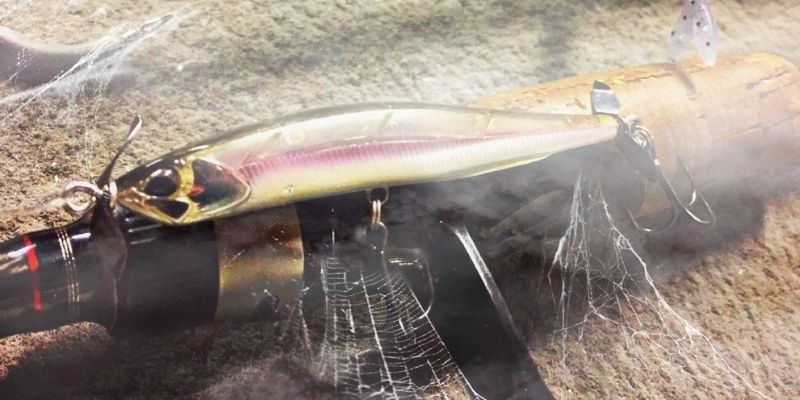 Between deciding on whether to dress up as Batman or Spiderman and what candy bars to give out on Halloween night, hopefully you’ve had a chance to get out on the water for some fall fishing. It’s a great time of year to be on the water. It’s also a fantastic time to try out some brand new techniques that maybe you’re a little nervous to get started with.

Here are 3 SCARY baits that you should try right now:

1. Glide Baits
One of the most exciting techniques to gain popularity over the last few years has been the glide bait. Like the swimbait, it’s definitely intimidating. There are lots of sizes and varieties. Everything from a small 3 or 4 inch version, all the way to giant baits that are anywhere from 12-16 inches.

These baits saunter back and forth in the water and present a really enticing meal for a bass. Many times they’ll even follow it all the way back to the boat before turning away at the last minute. To start out, try something like the Biwaa Seven. They have smaller sizes and they work really well. Eventually, the bigger shad imitation and trout baits are the next step and they can catch GIANTs.

2. Spybaits
On the opposite end of the spectrum are the small, finesse hard baits out of Japan known as spybaits. They are quickly becoming a regular weapon on the top professional trails. Kevin Van Dam even won a tournament this year, catching some of his biggest fish on the DUO Realis Spinbait, a popular version of the spybait.

This technique has a learning curve. The most popular versions must be thrown on a spinning rod with light 6 or 8 pound test. You need to understand how the fish are positioned and where they are in the water column and count the bait down to the right depth. It also needs to be fished VERY SLOWLY. It can be tedious, but it is also really effective, particularly on suspended fish.

3. Hair Jigs
The hair jig is a very underrated bait and seasoned veterans have been catching tons of fish on them for years. Many times, this technique gets pigeonholed to just a cold-water, dead of winter technique, but it is much more versatile. It works year-round, but it excels in the summer through the winter.

Getting vertical over the top of the school of fish you are targeting is one way to fish this bait, but you can also cast it along walls and let it fall down or cast and jig it up off the bottom, like you would a regular weighted jig. Something like the Jenko “Big Wig” Magnum Hair Jig is a perfect choice for this technique.