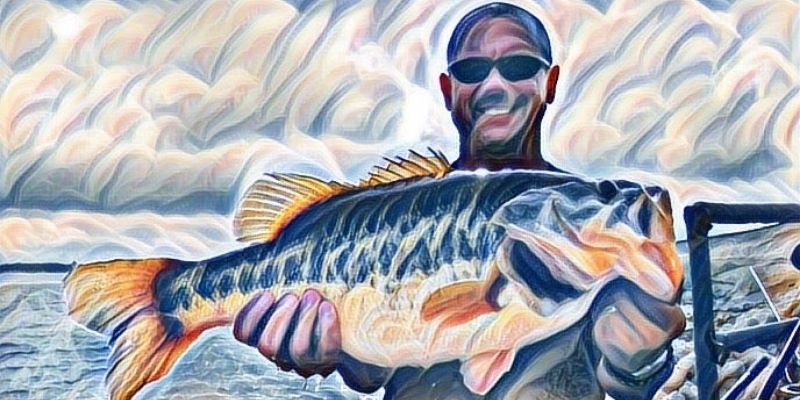 Over the last week across the country, temperatures plummeted to record lows. Frigid weather dropped snow and sub-zero temps to millions, creating havoc on the roads and generally inconveniencing the masses. To most bass fisherman, this signaled the time to start winterizing their boats, piddling around with tackle or pulling down their ice fishing gear.

To the die hard, however, this time of year can be prime for big winter bass. Though new fads come and go every year, when water temps start to dip down it might be time to re-familiarize yourself with some old-school techniques.

Jig n’ Pig
In the early days of competitive bass fishing, you wouldn’t be caught dead on the water in the wintertime without a jig n’ pig. Prior to the swimbait and the A-rig, the jig n’ pig probably accounted for more giant winter bass than any other presentation. For the unenlightened, the jig n’ pig is simply a regular skirted jig, tipped with a pork rind trailer. Though plastic trailers have become the norm, the pork trailer (such as Uncle Josh) can really out produce plastic in the wintertime. Unfortunately, they’re harder to find nowadays, but research on eBay or various alternatives that are similar and you can have something that not many are using.

Pork gives the jig a slower, more natural fall and when sitting on the bottom, has a very subtle, life-like action that you can’t get from plastic. It has a natural scent and texture that cold-water bass seem to find irresistible. Present the jig n’ pig super slow, working it in short drags and letting it “dead stick” on the bottom for long periods of time.

Spoonin’
A jigging spoon is about as simple and classic of a technique as you will find in fishing. A big hunk of metal with a treble hook attached to the bottom. No frills here. As simple as it may be, the jigging spoon has been a mainstay of winter bass hunters for 50 plus years. The spoon can be used in a number of ways.

You can cast it out, let it fall to the desired depth and pull it off the bottom, by ripping your rod up in one to two foot jerks. It can be worked vertically, using your electronics to locate fish, dropping the spoon down, ripping it up and letting it flutter back down like a dying bait fish. Many anglers swear by a big 3/4 ounce to 1 ounce spoon (or the bigger super-sized spoons)  on heavy bait casting gear, while others will finesse a 1/4 ounce spoon on light spinning gear with 8 pound test fluorocarbon. When bass are schooled up in the winter or suspended off the bottom, nothing catches them better than a spoon.

In-Line Spinner
For many of us, the in-line spinner was the first lure that was ever tied on the end of our line. The classic version is a simple blade, attached to a treble hook. Nothing special about it, but it’s been catching fish since before most of us were born.

Nowadays, the in-line spinner gets labeled a trout or panfish lure, but this bait has always caught huge numbers of bass year round, especially in the winter. When the water is clear and cold and traditional reaction baits, like a spinnerbait or crankbait, are putting off too much action to trigger strikes, try the in-line spinner.

This can be an awesome technique when fish are suspended on vertical walls or when the fish move up during the day onto docks or other structure. The key to the in-line spinner is subtlety, it is small enough to not spook a skittish fish, but it still has the flash to trigger reaction strikes. If you are getting short strikes on the bigger baits, downsize to the in-line spinner and you will start putting fish in the boat.

Sometimes the best techniques are the classics. Dig around in your old tackle box or the one your dad left in the garage and get on the lake to catch some big winter-time bass!