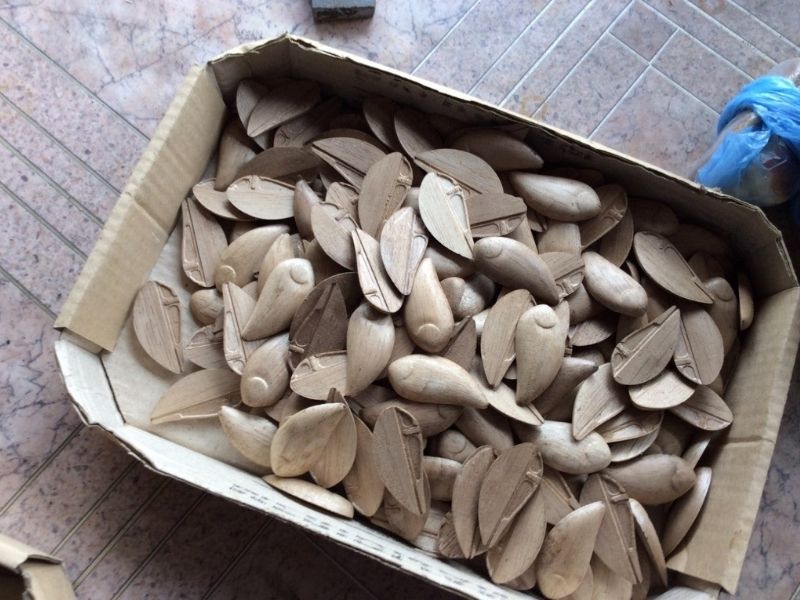 Like many other trends in fishing that revert back to vintage techniques, cranking with balsa wood baits has the benefits of an older approach that is still extremely effective. Lure manufacturers like Bagley Baits are well-known for making their crankbaits out of balsa wood (such as the Balsa Shad in the April Lucky Tackle Box). Those who use them, swear they outperform the more common plastic baits, particularly in certain types of conditions and situations. The excitement surrounding baits made of this material is primarily due to a handful of characteristics that make it very unique.

One of the primary benefits of balsa is that it is extremely buoyant, much more so than a comparably sized plastic bait. This allows for better castability. The overall density of the balsa makes super-accurate, bullet-like casts possible, so getting into those hard-to-reach places is easier.

Most importantly, however, is how balsa baits deflect off of cover. You can cast it right into the thickest stuff and it’s going to bounce off of every branch, around dock pilings and over every stump. This is due to the fact that it quickly rises or floats up when paused, much faster than plastic crankbaits. Wherever you would throw a spinnerbait or a vibrating jig, you can throw a balsa crankbait without fear of getting hung up. If it does, just make sure to not set the hook, but jiggle or pop the bait out and most of the time it will come through unscathed.

Travis Moran of Lucky Tackle Box says he likes to target laydowns and manmade structure, “I don’t worry as much about getting a balsa crankbait stuck. As I’m going down the bank, I’ll fire targeted casts deep into wood cover, around branches and right under docks and pilings.”
Though many swear by balsa year round, there is no doubt that the peak times are during the hottest months of the summer and the coldest times of the winter.

Balsa’s Best Times of the Year

In the summer, bass get lethargic and don’t commit to baits as readily as they do other times of the year. Often, they follow behind a bait as you retrieve it, but will turn away before striking. With a balsa crankbait, you can implement a stop-and-go retrieve and with the fast rise rate of the bait, many times you have the ability to trigger a bass to attack.

Similarly, in the coldest water temps of the winter, a balsa bait will deflect more easily than a plastic bait. As the water gets colder, it also gets denser, and the increased buoyancy of the balsa gives it more action than a plastic bait would have.

Balsa is much more fragile than plastic, so keep it off the rocks and pay extra attention to your casts to avoid banging it off of docks or other structure when you cast. When you get some weeds on your bait, don’t slap it on the surface of the water like you do with a plastic crankbait. Pick the salad off the hooks or you’ll end up with a bait that’s split in half. Other than those few limitations, your balsa bait should be putting fish in the boat in no time and might just end up being a permanent fixture in your tackle box.