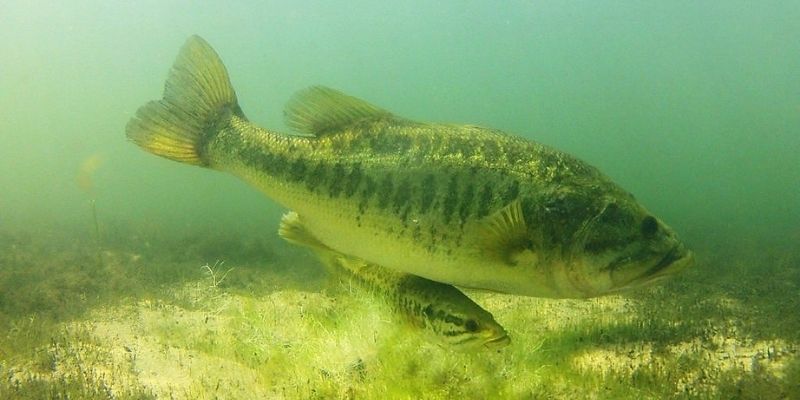 Bass live on a schedule. Every year they go through the same process, which is part of the reason they are such a popular gamefish. In the springtime, after the long winter seasonwhere bass live deep and feed sparingly, they make their yearly migration into shallow bays and calm pockets to spawn.

Across the country in lakes, ponds and rivers bass will start pairing up, males with females, creating the shallow spawning beds that will be their home throughout the process. When bass decide to spawn is a hard question to answer, as it can be different depending on the body of water and the geographical location. Let’s break down the key factors that effect when bass move up to spawn.

Water Temperature
By far the biggest factor in the spawning process for bass is water temperature. As the water temp hits around 50 degrees, bass will start feeding up heavily preparing for the time when they’re on their beds, which is a 10-14 day stretch where they do not feed up at all.

The prespawn feeding time is how they make it through that tough period. Once the water gets between 55-65 degrees, you’ll start seeing the males and females roaming the shallows and clearing circular areas and eventually the female will lock onto the bed, typically in under 5 feet of water. In large bodies of water, the temperature might vary from one end to the other, so bass may not all spawn at the same time, but in several “waves.”

Geographical Location
Another major factor, as far as timing is concerned, is geography. If you’re down south, bass will spawn way earlier in the year than if you are up north. Of course, this is directly related to water temperature as well, as the water is much warmer in Florida in February, then Minnesota, obviously.

If you’re down south, you can expect bass to be on beds in late-January through early March typically. Middle of the country you’re looking at March-April and up north you might be waiting all the way until May-June.

Moon Phase
The most controversial spawning factor, where there is some disagreement among seasoned anglers, is moon phase. Some will swear that the full moon after the first solid warming trend in spring, will bring a big wave of spawners to the shallows. There is a lot of evidence to back this up, at least when it comes to large fish being on beds and more readily caught. Records seem to indicate that the largest bass of the season come on full moons when bass are spawning, with the second most being caught around the new moon phase during the spawn.

The spawn is a really fun time to be on the water. Get a good pair of polarized glasses and cruise the shallows. You might stumble on your next personal best!